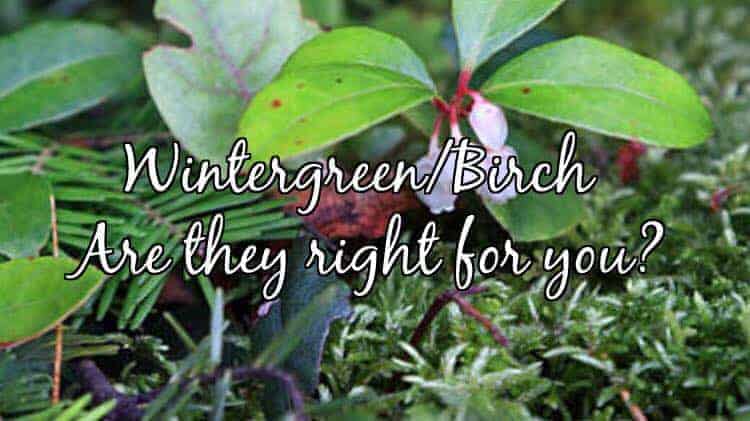 Did you know that in British aromatherapy neither Birch nor Wintergreen are used?

Most times esters are “user friendly” except in the instance of methyl salicylate which comprises over 90% of wintergreen and birch oils.

Wintergreen with max dermal recommendation of 2.4% and Birch with max dermal recommendation of 2.5% are contraindicated for use with anticoagulant medications, major surgery and other bleeding disorders. Should not be used on children under 12, while pregnant or nursing. It is also not to be used any route with those with a salicylate sensitivity, and should not be used orally with GERD. These should be used with caution if at all with those who are seizure prone due to those who have had methyl salicylate poisoning frequently also have seizures.

In the event you NEED wintergreen or birch, even as a healthy adult, we are taught to use no more than 2 weeks consecutively as aromatherapists. Due to these risks, they have decided the reward does not outweigh the risk in the UK.

I have attached some articles in the comments. The one from poison control is rather interesting and speaks on toxicity if ingested as well as use in food flavoring.